This is my dog, Scruffy.

Scruff isn’t vegan, but he does wear vegan shoes. 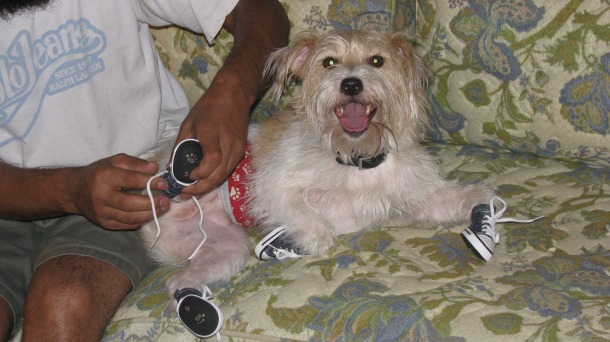 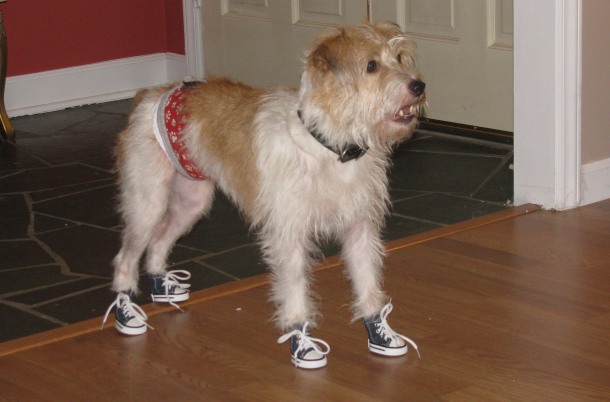 Scruff is a picky eater, and has been known to turn his nose up at food.

He likes most of our vegan leftovers, though.

He especially likes homemade vegan yogurt – a whole bowl of it.