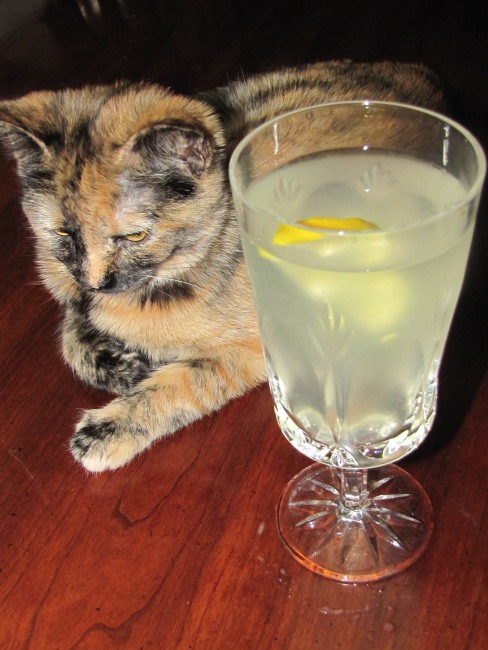 This summer, I am officially addicted to two drinks – Watermelon Smoothies and Indian Lemonade (nimbu paani).

Well, for one thing it has salt – usually black salt (kala namak), but sea salt will work as well.  Oddly, the lemonade doesn’t taste salty – it just tastes sweeter, but in a less cloying way.

Nimbu paani might be a bit of an acquired taste, but once you acquire it – watch out!  You will not want to go back to drinking “regular” lemonade again! 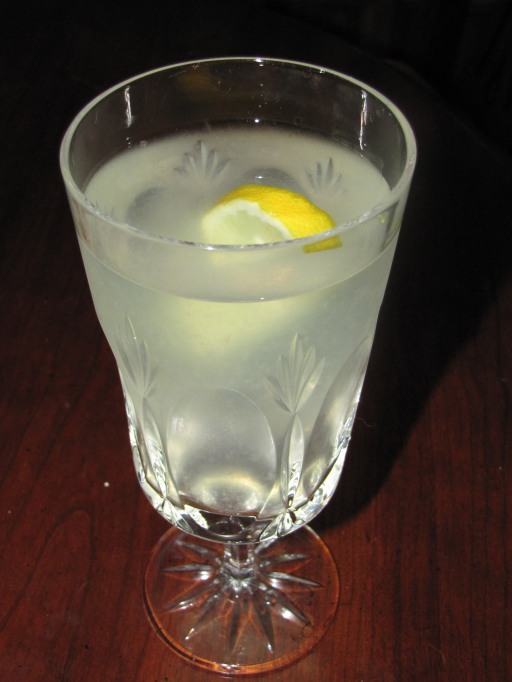 In a large pitcher, combine the lemon juice, sugar, salt, and pepper.  Stir.  Add the water and stir again.  Add the lemon slices and just let them float in the liquid – they will add a little extra flavor.  Chill in the refrigerator for several hours. Serve garnished with mint if desired.

I highly encourage you to try this with black salt if at all possible.  Black salt (which is actually pinkish) can usually be found in your supermarket’s “gourmet spice” section, although you can buy it for much cheaper at an Indian grocery.  I will warn it has a very distinctive and slightly unpleasant odor – it’s what to use on your tofu scramble if you want it to taste like eggs.  When I first smelled that sulfuric odor in the lemonade, taking that first swallow required a little courage.  Fortunately, the lemonade tastes completely different than it smells, so do try it!

How long did it take me to become addicted to this drink?  This was my thought process:  First sip, “Whew, that’s not as bad as I was expecting.”  A few sips later, “Interesting.”  A few more sips, “Not bad, not bad at all.”  Last sip:  “I want another glass!” 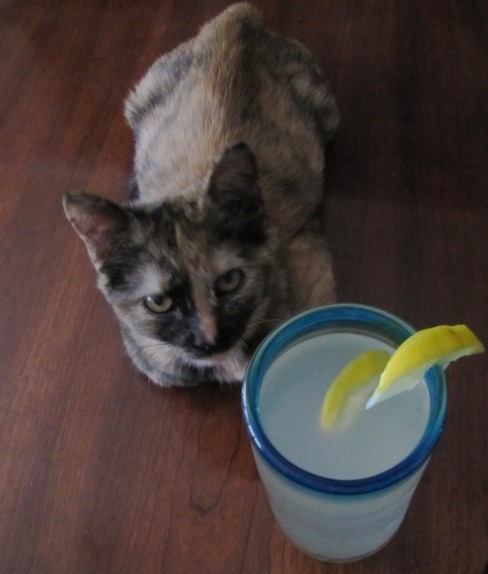