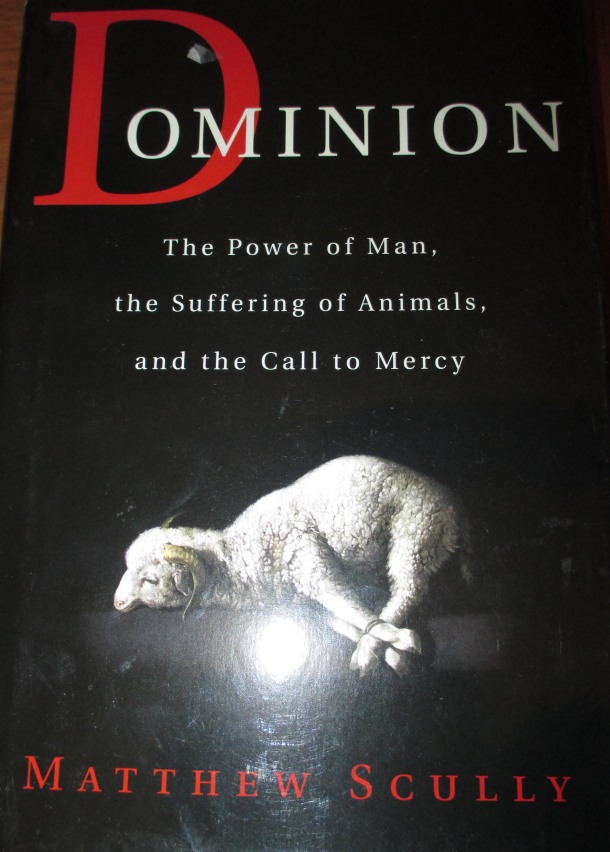 This was back in the days when our cell phones weren’t intelligent (heck, we were just happy they had become somewhat smaller and lighter than bricks) and many of us still had dial-up.

Vegetarians and those interested in animal welfare were considered extreme, radical, left-leaning liberals.  (Vegans barely existed back then – they were a rare creature, as mythical as a unicorn.)

Conservative Republicans, of course, were way too sensible to get sucked into that sentimental, unscientific animal rights nonsense.

And while it might have been ok for Hindus and Buddhists, and, you know, those EASTERN people to be vegetarian, it was definitely not ok for Christians!

In fact, God himself gave Christians the right to eat animals, or do whatsoever else to them.  It was not just a privilege or a right, but a DUTY!

“And God said, Let us make man in our image, after our likeness; and let them have dominion over the fish of the sea, and over the fowl of the air, and over the cattle, and over all the earth, and over every creeping thing that creepeth upon the earth.”–Genesis 1:24-26

And then this book was published, and it was actually called Dominion.

And lo, it wasn’t about all-you-can eat hamburgers.

It was about “The Power of Man, The Suffering of Animals, and The Call To Mercy.”

Stranger still, it wasn’t written by one of those bothersome radical liberals.

His name was Matthew Scully, and he turned the whole concept of Dominion on its head.

NOT cart blanche to do with the earth and its animals what we will.

“Animals are more than ever a test of our character, of mankind’s capacity for empathy and for decent, honorable conduct and faithful stewardship. We are called to treat them with kindness, not because they have rights or power or some claim to equality, but in a sense because they don’t; because they all stand unequal and powerless before us.”

Matthew covered a wide range of topics in his book – all from a conservative, Judeo-Christian perspective.  All from the (ahem!) radical standpoint that God actually wanted us to take care of his creation!

And … “Because he’s one of US!” … many people were reading, thinking, and talking about these issues for the very first time.

Conservatives couldn’t just dismiss what Matthew said, the way they could that Paul “Pothead” McCartney or Ingrid “I like to go naked” Newkirk.

The book was on the cover of Time.

It was discussed on talk shows.

A possible option for someone with a real job and without tattoos.

And even if many (ok, most) churches decided “dominion” meant continuing their annual BBQs and monthly fried chicken dinners, the ideas were still out there.

It helped that Matthew was an eloquent and powerful writer who wasn’t scared of kicking a little hypocritical Christian ass.

Acknowledging that at one time animals were a necessary source of food and clothing, he follows it up with:

“When you start with a necessary evil, and then over time the necessity passes away, what’s left?”

“Let’s just call things what they are. When a man’s love of finery clouds his moral judgment, that is vanity. When he lets a demanding palate make his moral choices, that is gluttony. When he ascribes the divine will to his own whims, that is pride. And when he gets angry at being reminded of animal suffering that his own daily choices might help avoid, that is moral cowardice.”

Yep, that book was a game changer.  It proved that concern for animals was not a left wing nor a right wing issue.  It wasn’t about being Democrat, Republican, Independent, or Libertarian.

And it argued that concern for animals (not consumerism) was a Christian responsibility.

“Sometimes tradition and habit are just that, comfortable excuses to leave things be, even when they are unjust and unworthy.

Sometimes–not often, but sometimes–the cranks and radicals turn out to be right.

Sometimes Everyone is wrong.”