Welcome to the Virtual Vegan Potluck!  I hope you enjoyed the yummy side presented by Girl Eats Greens!

To me, even before I was vegetarian or vegan, Thanksgiving was NEVER about the turkey.  It was ALWAYS about the side dishes, and especially the casseroles!

In my family, Green Bean Casserole was simply not “done.”

To be sure, some people in the South did “do” green bean casserole, but some people also wore white shoes after Labor Day.

Or drank their sherry from wine glasses – and probably sweet sherry at that.

My family was not “those” people.

We packed away our white shoes and jeans after Labor Day and didn’t break them out again until Memorial Day.

We drank our sherry out of tiny sherry glasses with cut-glass patterns with names like “Cord and Tassel” and “Coachman’s Cape.”  And yes, we drank it dry or very dry, not sweet.

And what we “did” at holidays was Asparagus Casserole.

I know, I know.  It may sound similar to Green Bean Casserole to the uninitiated but on such small distinctions stature in Southern society rests.  It’s not only your accent but what you bring to a potluck that can reveal your “white trashy” background faster than a trailer park accent or a NASCAR bumper sticker on the back of your pickup.

Every now and then a Green Bean Casserole would make its way to our holiday table.  Usually it would be brought by one of the younger cousin’s new girlfriends or wives, some poor thing recently relocated from “up North,” (i.e., a Yankee.  Most of the time, we didn’t use the adjective “damn.”)

“Bless her heart, she’s from … up yonder … she can’t be expected to know any better,” the aunts would whisper, pointedly ignoring the casserole.

As I grew older, I learned that not only was Green Bean Casserole not “done,” you didn’t mess with the Asparagus Casserole recipe, either.

Not even a little bit.

In my twenties I became vegetarian and experienced my first real interest in cooking and healthy eating.  I decided it was time to gussy up the Asparagus Casserole.  The canned asparagus had to go – I would use fresh.  I would also add a small can of mushrooms to the soup so there’d be real mushroom slices, not just small flecks of unidentifiable gray matter.  Leave the cheese.  Keep the pecans.  Add some sherry.  Add some more sherry.  And – ta da!  use bread crumbs instead of crumble saltines on top.

I proudly … and naively … brought this revamped casserole to our holiday gathering.

One of my uncles fainted.  (Or passed out from all the sherry.  Sometimes, in the South, it’s hard to tell “the vapors” from “the imbibing.”)

There were a few whispers of, “Bless her heart,” and “Oh, my stars and garters!”

“It’s a bit … highfalutin, isn’t it?” one of my aunts remarked to another.

“The bread crumbs seem a bit uppity,” another observed.

I, however, thought my casserole was great!  (Of course, I’d also snuck bites of Green Bean Casserole in the past and thought that was pretty tasty, too, so maybe I was just a rebel.  I’m sure a few of my family thought I was a bit “tetched” in the head for messin’ with the recipe, an opinion that strengthened when many years later I took up with a “Northerner” – a handsome, brown, bearded man from India.  You can’t hardly get any further North than Punjab.  Yep … maybe all of my later adventures or misadventures in life stemmed from sneaking bites of green bean casserole!)

It took me awhile to get around to veganizing this family “classic” – partly because I don’t often think of it except at Thanksgiving, Christmas, and Easter.

My first thought was to substitute a vegan Cream of Mushroom soup for the Campbell’s.  The only vegan mushroom soup I could find (that I liked) was Imagine’s Creamy Portobello Mushroom Soup.  Unfortunately, although it is tasty, it tastes nothing at all like Campbell’s!  But every Southern girl knows how to whip up a white gravy with butter, milk, flour, and pepper, and from there it was an easy step to add mushrooms, garlic, and sherry.

The biggest issue was the cheese.  I don’t like Daiya, and nutritional yeast tasted too … well, nutritionally yeasty.  Too noochy, if you will. Finally I decided to eliminate the cheese altogether (oh my stars!)  I was pleased with the result – without the “cheesiness” the casserole was much less rich and allowed the flavors of the asparagus and mushrooms to really shine.

Don’t get me wrong … this casserole is still rich.  Really rich.

In many ways this casserole is like the perfect man … extremely rich, very satisfying, and only comes around three times a year.

Preheat oven to 350 and spray a casserole pan with a little Pam or some olive oil from a spritzer.

Snap the woody ends off the asparagus and discard.  Rinse the asparagus tops and then steam for approx. 8 – 10 minutes – until “tender-crisp,” as they say.  Then arrange in casserole dish. 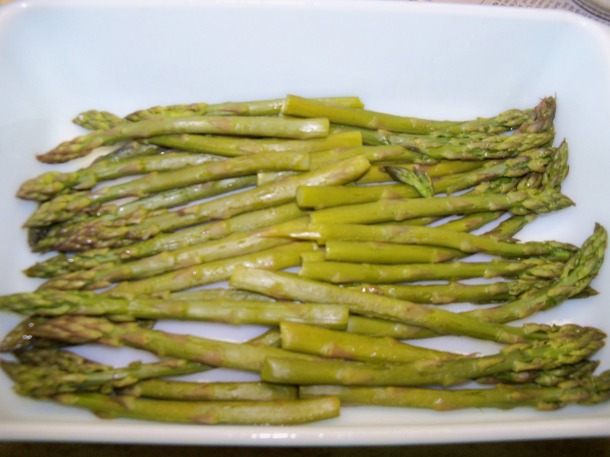 While asparagus is steaming, slice the mushrooms and mince or press the garlic.

Melt the EarthBalance in small skillet.  Add garlic, mushrooms, salt, and black pepper (freshly ground is best!)  Add 1 tablespoon dry sherry.  Saute for 3-5 minutes, until the mushrooms start to shrink and exude their juices.  Avoid tasting at this point or you’ll wind up eating all the mushrooms!  (Trust me, I’m not proud of it, but … errr … it can happen.)

Add milk, onion powder, and 2 more tablespoons sherry.  Stir.  Add 2 tablespoons flour and stir so there are no flour lumps.  Heat … almost … to boiling; keep stirring so it doesn’t actually boil.  (If faux milks come to a boil, the milk separates and starts to taste funny.)

Once it starts to thicken, add the chopped pecans.  Pour over the asparagus. 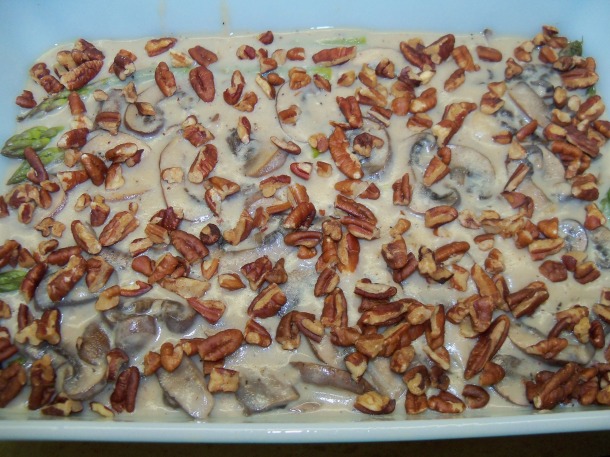 Sprinkle crushed plain saltines over the top, or bread crumbs.

Bake in oven at 350 for 30 minutes, or until bubbly and saltines/bread crumbs are brown.

Now, it’s time to go to Mojo Central for another yummy side! 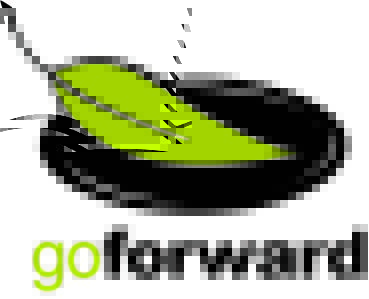 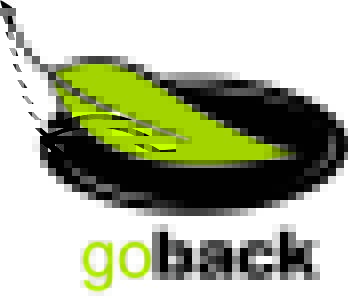