A Brief History of Jambalaya 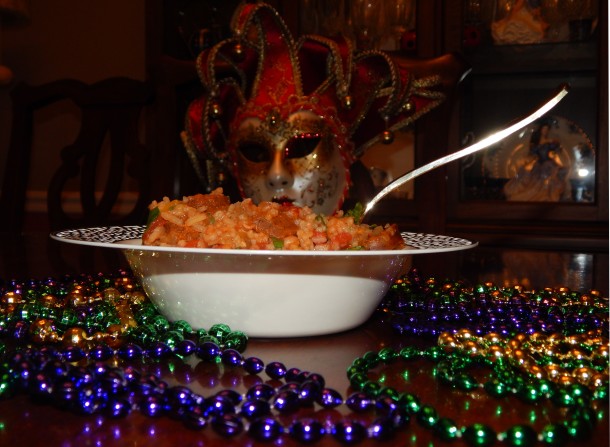 New Orleans is known for many dishes. Gumbos, crawfish, more ways of cooking alligator than most of us have ever dreamed of.

However, there are three big ones the Cajun and Creole cooks are world-famous for. I’ve already shared two vegan versions with you – Red Beans and Rice and (Not So) Dirty Rice.

The third, of course, is Jambalaya.

Jambalaya is a type of stew consisting of rice, the “Trinity” of celery, onion, and green pepper, assorted vegetables, and one or more kinds of meat. Sausage is usually a given, and sausage and chicken is probably the most common combination; but seafood, especially shrimp, is very common as well. As you move away from New Orleans into the swamplands, you’ll find more wild game – including duck and alligator.

What does word Jambalaya actually mean? Some say it’s a combination of the French word “Jambon,” (ham), and the African word “Aya,” (rice).

Others say a traveler once came to an inn late at night after dinner had been served. There wasn’t enough of any one meat left to prepare a meal, but the inn’s cook, named Jean, was told by the owner of the inn to “Balayez!” – throw something together.

(Can’t you just imagine this? Jean slamming pots and pans in the kitchen, muttering, “Mon Dieu!” under his breath. “How do they expect me to fix a meal when those imbeciles have already eaten everything?! There’s some rice left in the pot. I’ll scrape the poulet off this plate. I’ll scrape the leftover sausage off that plate. And here’s a crawfish that fell on the floor! Merde! Maybe that wasn’t a crawfish! Who cares … ze want Balayez – ze will GET Balayez!” And then wouldn’t you know, it became kind of a “thing” and from that point on, all Jean heard at the Inn was, “Jean, Balayez! Jean, Balayez!” which eventually became, “Jambalaya! Jambalaya!”)

Still others say there is a Franco-Provencal word “jambalaia,” which means jumbled up, or confused. And this makes sense – people creatively combining foods in unusual ways to stretch their resources in a new country.

How does Jambalaya differ from Gumbo? There are several differences, but the biggest difference is with Jambalaya, the rice is cooked in the same pot as everything else. With Gumbo, rice is cooked separately, and the gumbo is served on top of the rice. This makes a huge flavor difference in the rice.

What is the difference between Creole Jambalaya and Cajun Jambalaya? TOMATOES.

But the further you got from New Orleans, the more expensive and rare tomatoes became. So Cajun Jambalaya (without tomatoes) came to be known as “Brown Jambalaya” – because the rice would take on a brownish tone from the browned meat.

There’s even a third version, “White Jambalaya,” which means rice is cooked separately, then added to everything else at the end. I don’t recommend you do this. First, the rice will be missing out on a LOT of flavor. Second, people will be able to tell you did this, and they’ll think you’re lazy. They’ll smile to your face, and then say things like “Bless her heart,” behind your back. Yes, even Louis and Lestat, who can’t even eat Jambalaya anyway! 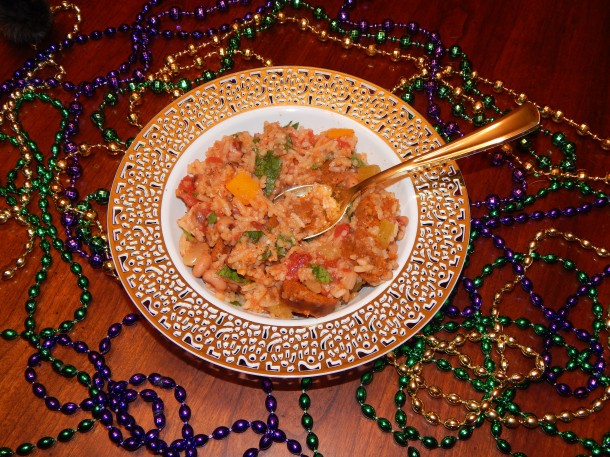