Yes, Wednesday, September 5, the Foo Fighters played an awesome 3 1/2 hours, 35 song set before an enthusiastic crowd of approx. 1000 people at The Fillmore.

Ok, I know the Foo Fighters are not vegetarian themselves –  BUT about 1/3 of their 75-member crew ARE – and to the Foo Fighter’s credit they make sure the vegetarians are well taken care of!  The Foo Fighters are definitely NOT the guys who will tell you, “oh well, you can just eat a salad or a baked potato” or “just peel the meat off your sandwich and eat the bread and cheese.”  Their vegetarian-supportive views were hilariously outlined in their 2011 “Rider” outlining their demands on tour.  If you’ve never read it before, here are some of their on-tour requirements:

Lunch – “The following menu to be set up by 12:00 PM for fifty (50) people plus any stagehands if required.  We will have approx twenty (20) vegetarians for lunch.  Chicken is not a vegetarian food.  Neither is fish.  In fact, if you have even considered fish or chicken to be vegetarian, please fire yourself.  UPS is usually hiring so either way, you are covered.”

Dinner – “Please note that there are 20 vegetarians in the touring party.  Please provide good quality meals to suit.  We do not mean “salads, rocks, and garbage.”  These vegetarians need the fuel in their bodies to maintain a superior attitude and shiny coat.  A baked potato is not dinner.”

It further goes on to provide a subsection on vegetarian dinners:

*Vegetarians. Yep. The Crusades didn’t rid the world of them so we have to pretend to care. Seriously, a baked potato is not an acceptable dinner.  I will go Jeffrey Dahmer on and anyone in range if I see one more baked potato set up in a dank meeting room in the rectum of a basketball gym.

*Also remember that vegetarian means: food that DID NOT have a face. It has/had a shadow but never mooed or clucked-unless it hung out with Rick James.” 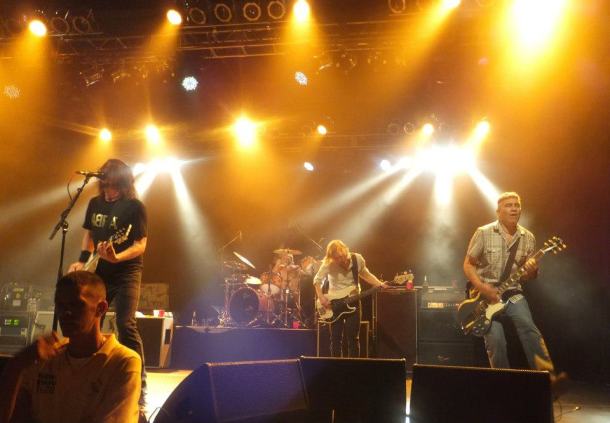