Myrtle Beach, SC can be a bit tricky for a vegan going on vacation.

Vegan food can be found, however. Here is my list of the vegan dining options we discovered during our recent trip to Myrtle Beach. This is not an all-inclusive list; rather, it’s simply a list of options we found available in December 2014. We dined at some of these restaurants; others we came across while exploring the beach or browsing Myrtle Beach magazines. Please feel free to add any recommendations in the comments!

Abraham’s Gyros – Authentic Turkish food. Vegan options include falafel pitas and hummus. We did not eat here, which is a shame because the reviews for the food and Abraham himself are absolutely outstanding. The buzz is if you tell Abraham you’re vegan, he will guide you to the vegan choices. Many reviewers say the falafel is the best they’ve ever had. 914 North Ocean Boulevard (on the boardwalk).

Bay Naturals Healthy Market & Kitchen – The front is a small grocery/nutritional supplement store, including lots of vegan options. The back is a lunch counter that features simple but healthy and delicious vegan and gluten-free choices, including sandwiches, salads, quesadillas, soups, and baked goods. Pick up your meal at the counter and then head outside to eat in the covered patio, complete with heat lamp and fireplace. Read a full review of Bay Naturals Healthy Kitchen & Market here. 7611 North Kings Highway.

Black Thai – Thai restaurant with a good assortment of veggie stir-fries and curries. Vegetarian/tofu options are priced less than chicken and other meat options – as they should be! Remember to request no fish sauce. Also, be aware that most of their fried rice and noodle dishes contain egg. 710 Main Street. 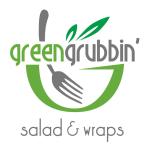 Masala Myrtle Beach – Indian restaurant with a large selection of vegetarian items, including Chana Masala (chickpeas), Bhindi Masala (okra), and Baingan Bharta (eggplant) – menu items that are almost always prepared in a vegan manner. Be sure to tell your waiter you do not eat dairy (no need to worry about eggs) and ask for suggestions. Freshly made naan usually contains milk, but happily Masala has a long list of other bread options. 1711 North Kings Highway.

Nacho Hippo – Upscale Mexican restaurant/bar. They offer a Freakin’ Vegan Taco with hummus, fire roasted veggies, olives, and cherry peppers. Nacho Hippo also has a large number of vegetarian items, most of which could be made vegan by leaving off the cheese and/or sour cream. 1160 Farrow Parkway (at Market Common).

Pizza (various locations) – I don’t think I’ve ever seen so many pizza joints in my life! Sadly, I couldn’t determine if any of these local pizza parlors offered vegan cheese (although they did have a lot of “vegetarian specials”). But most places do seem to have an impressive array of toppings, so if worst comes to worst you can always order a cheeseless pizza loaded with veggies (most crusts are vegan, but always ask). Also, many pizza places have additional vegan items you could order – for example, Ultimate California Pizza (do not confuse with California Pizza Kitchen) offers a Hummus Dip which is described as a “healthy Mediterranean spread served with flat bread, celery, broccoli & mild cherry peppers.” Or salad … such as the Malibu Greek Salad (also from Ultimate California Pizza) – “Fresh greens, roma tomatoes, green peppers, red onions, fresh mushrooms, artichoke hearts, broccoli, cucumber, sun dried tomatoes, & feta, piled high over wedges of our seasoned flatbread covered with Mediterranean hummus.” Just leave off the feta.

Redi-Et Ethiopian Cuisine – Yes, Myrtle Beach actually has an Ethiopian restaurant – and it’s a very good one! Features 10 vegetarian dishes, all of which are vegan. Compared to Charlotte’s Meskerem, prices are quite reasonable. 746 Main Street.

California Dreaming – I met two dear friends of mine for lunch, and they suggested California Dreaming. (Charlotteans, you will feel as if you walked into the now-gone SouthPark icon Manzetti’s!) At first glance there didn’t appear to be much on the menu we could eat, aside from maybe some side dishes of vegetables and pasta with marinara sauce. Then I noticed the Hot Vegetable Salad – “Green and red peppers, green beans, artichoke hearts, mushrooms and garlic sauteed in white wine and a hint of butter served warm over mixed greens, hearts of palm, tomatoes and scallions, topped with romano cheese.” We asked if the vegetables could be sauteed in olive oil instead of butter and if the cheese could be omitted. The restaurant was happy to oblige, and we wound up with one of the best salads we’d had in a long time. (And if you follow my blog, you know we are not “salad people.”) 10429 North Kings Highway.

Chipotle – You can customize your bowl, burrito, salad, or taco with rice, pinto or black beans, veggies, and guacamole; or you can order a Sofritas bowl, burrito, salad, or taco with your choice of rice, beans, and seasoned tofu. I was very happy to see that this Chipotle had their proteins lined up in a reasonable fashion to minimize cross-contamination (the sofritas were placed furthest from the server, nearest the customer.) 1229 North Retail Court (Coastal Grand Mall).

Mellow Mushroom – Two locations, in Myrtle Beach and North Myrtle Beach. Very vegan-friendly establishment that offers vegan cheese for all their pizzas (I recommend the Mega-Veggie) and calzones. Mellow Mushroom also has a number of hoagies (Tempeh, Tofu, Portobello) that can be customized to be vegan. 1571 21st Avenue North and 1101 Highway 17 North. 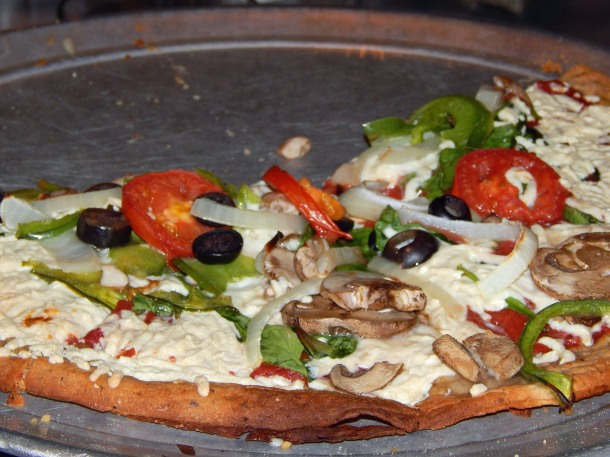 P.F. Chang’s – Vegan-friendly upscale Chinese chain. In addition to their vegetarian/vegan dishes, they are willing to modify most of their other dishes by swapping out the meat with tofu. Read a full review here of the P.F. Chang’s in Charlotte, NC. 1190 Farrow Parkway (Market Common).

Red Robin – Despite an unfortunate TV commercial, I do believe Red Robin is making a major effort to reach out to vegans. When we informed our waiter we were vegan, he (correctly) suggested a new hummus appetizer, pointed out that the Boca patty was vegan but the Gardenburger wasn’t, and that the fries were cooked in a designated fryer. He also advised that the burgers could be customized any way we liked. When we mentioned we liked spicy food, he shared the jalapeno coins were milder than the sliced jalapenos.

I ordered the jalapeno coins – maybe I was thinking of the Jalapeno Cheddar Burger at Bean Vegan Cuisine, or maybe I just had a case of vacation brain. It was only when our food was brought to us and the waiter asked if we needed mayonnaise, thousand island, or honey mustard that I realized he wasn’t as knowledgeable about veganism as he had seemed and the jalapeno coins probably weren’t vegan. Oopsie. I’m sharing so you can learn from my error, and also to show that no vegan is perfect – we all make mistakes.

Frugal Vegan Tip: You may be tempted to order the Gardenburger with pickles, tomatoes, lettuce, and Country Dijon on a whole grain bun (swapping out the patty for a Boca) for $8.79. Instead, order the Keep It Simple Burger with a Boca patty and lettuce, tomatoes, pickles, and onions on the side for $7.99. The only difference is you have to “assemble” your burger yourself.

Remember, order the jalapeno slices, not the coins!

Waffle House – Two words: Hash Browns.  Scattered, smothered (onions), diced (tomatoes), peppered (jalapenos), and capped (mushrooms). (FYI, Waffle Houses in the US serve 238 orders of hash browns per minute!) We also took a water bottle filled with soymilk for our coffee. The Waffle House beside the Red Roof Inn seemed to keep the grill divided into different sections (hash browns, eggs, meat), however, I can’t say that’s true of all Waffle Houses or of all cooks. Four locations in Myrtle Beach.

Have you tried these restaurants? If so, what was your experience? Do you know of any other vegan-friendly restaurants at Myrtle Beach you would recommend?