At first glance, the restaurant seems like it’s trying to appeal to their veggie customers.

This was the most enjoyable part of our meal.  Average but warm chips and a salsa that was actually spicy. (If the salsa is too hot for you, you can request a less spicy version.) We decided we would also try the guacamole, which is made for you tableside. Although this is done mostly for show, as vegans it’s nice to see EXACTLY what is going into your guacamole. (Some restaurants sneak in mayo!) 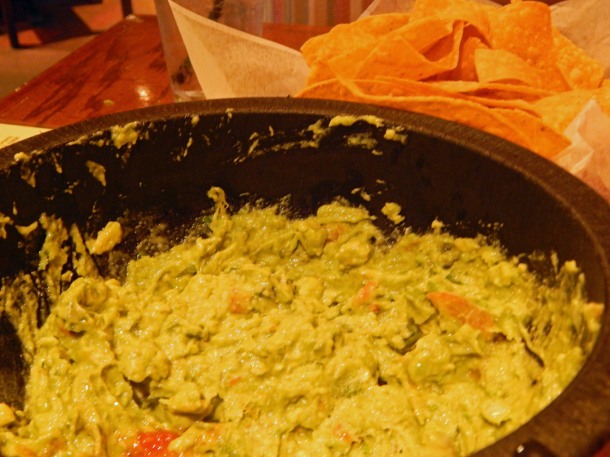 We also quizzed the waiter about the Mexican Rice and Refried Beans.  We were told they were vegetarian but we pressed on, asking about butter or any other hidden dairy. (In addition to being vegan, I’m allergic to dairy.)

We were assured there was none.

And … it turned out to be the SAME dish!

The waiter brought me a pan of greasy, overcooked, and underseasoned onions, peppers, and zucchini and some tortillas to wrap the crunchless vegetables in.

It was a good thing we had salsa and guacamole left, because we needed those to season our meals. 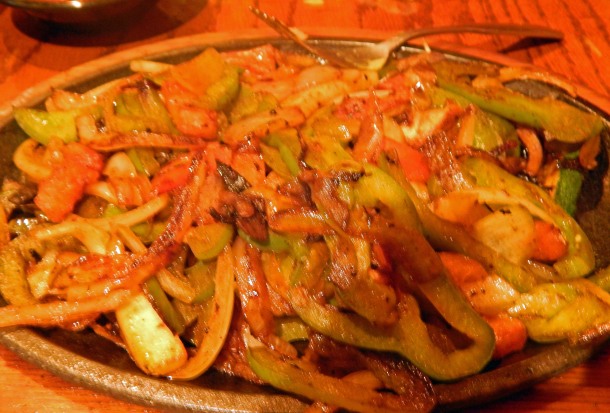 The Cheese and The Sour Cream

Remember how we quizzed the waiter about dairy? How I requested fajitas with no sour cream and my partner requested his burrito without cheese?

He got a heaping helping of sour cream for his burrito … 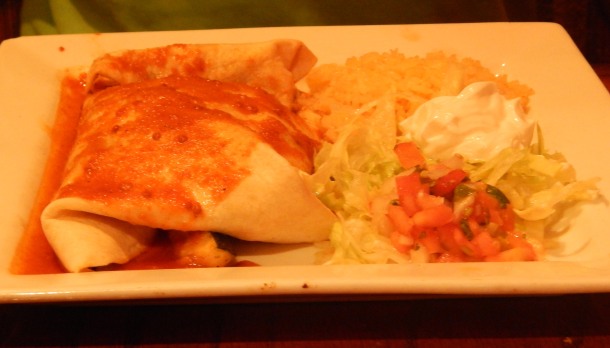 And, dang it, if I wasn’t served a side of cheese with a few refried beans peeping out from underneath.

What part of “no dairy” does 1900 Mexican Grill not understand?!! 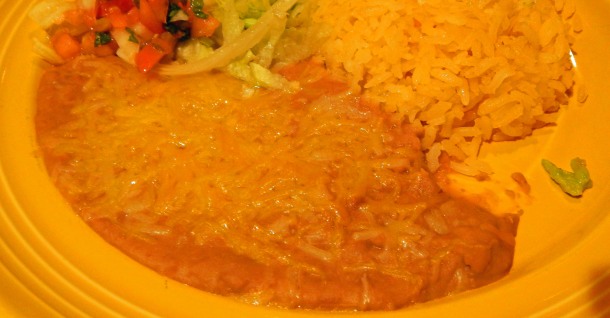 I would not eat here again.  The chips, salsa, and guacamole were just average and the rest of the food below par. Additionally, after the dairy fiasco, I do not feel comfortable trusting that the rice, beans, tortillas, etc. are actually vegetarian or dairy-free. I’ll drive two miles to Chuy’s instead.

Note:  The menu posted online for 1900 Mexican Grill is slightly different than the actual menu in the restaurant. Veg options appear to run $9 – $10.

Frugal Vegan Tip:  Look for coupons, such as those in GoPlaySave or Charlotte Entertainment Book.